Eat When You Want or Need To 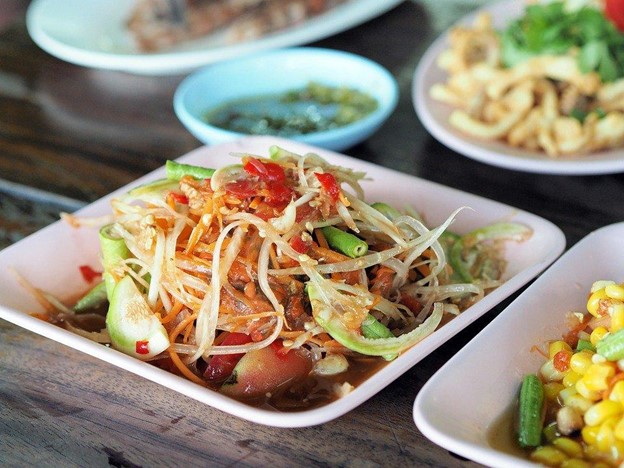 Eat When You Need To

In many cultures around the world, when you eat and what you eat at certain times of the day is ‘controlled’ in a way by social norms. In the west, for instance, eggs are routinely eaten for breakfast, but you might get a strange look or two if you ordered spaghetti and meatballs. People in the west also tend to look down on people who snack between meals as unhealthy eaters who lack self-discipline.

But the western culture is also the birthplace of the phrase “hangry”, or a mashup of angry and hungry. The concept of hangry is largely unknown in Thailand because the culture takes a different attitude towards food and when it should be eaten.

In Thailand, there are few dishes that are only consumed at certain times of the day. While people generally observe a lunch hour, particularly when in a work or office situation, they also eat whenever they get hungry. This effectively prevents hangry from ever becoming an issue.

It turns out that the brain requires a steady drip of glucose throughout the day to perform at its best. Waiting until a certain time to eat may cost you the ability to concentrate and think when you need to.

The brain is almost 50% fat, and it needs to be replenished regularly. Eating foods that contain healthy fats at various times during the day when you feel the need is a healthy way to maintain a diet. In Thailand, people generally take a break later in the afternoon and enjoy another quick meal. It becomes a social occasion, and people don’t develop the bad moods and headaches that characterize ‘hangry’. In Thailand, people eat when they want to and need to.